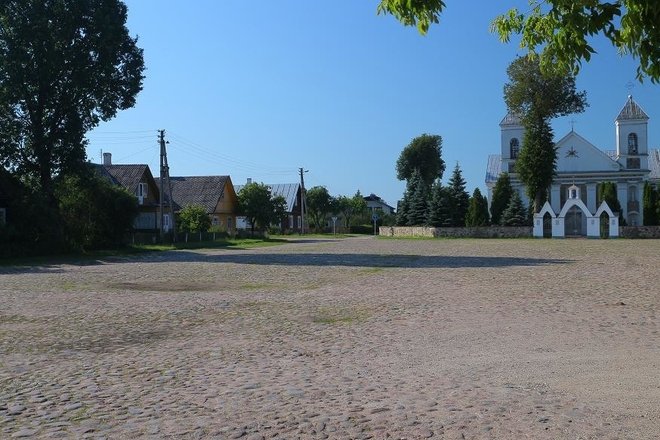 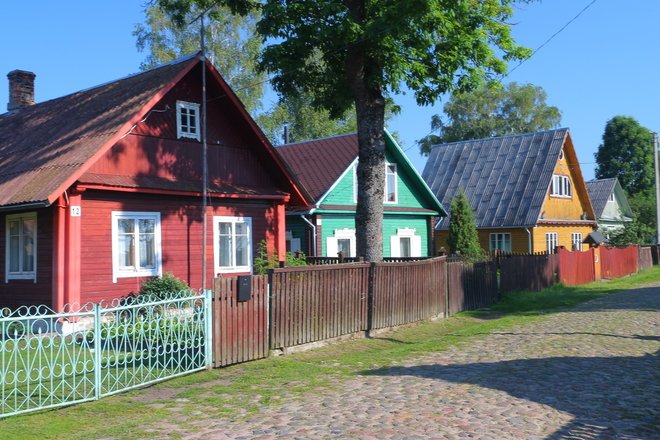 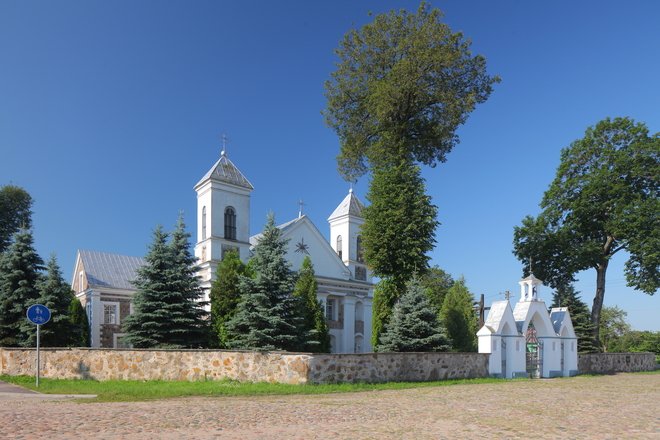 Valkininkai is a town on the banks of three rivers. The twists and turns of the Merkys, the Šalčia and the Geluža surround this old settlement. Valkininkai has been mentioned since the 14 th century, when a castle to be used as a hunting lodge by the grand dukes stood here. In 1418, Vytautas the Great gifted Valkininkai settlement and its manor to his wife Julijona. The village was then situated on the large island on the Merkys River while the manor house and the hunting lodge with its artificial moat stood a bit farther away. In the second half of the 16 th century, agricultural activities were predominant in Valkininkai which in turn made the town grow and expand. Valkininkai was granted the Magdeburg rights in 1581.

Valkininkai St. Mary’s Visitation Church is a masonry church constructed during 1822-1837 in the style of Classicism. Fenced in by a stone fence, this complex of sacral buildings holds special appeal and looks magnificent. Several artworks of great value, including a picture of Saint Francis of Assisi of a very unique style of icon making, are stored at the church.

The Franciscan Monastery was built sometime from 1635 to 1650. A church with two towers and a two-story U-shaped monastery wings were constructed in the western part of Valkininkai just beyond the Merkys River. This architectural ensemble in the styles of Renaissance and Baroque became the epicenter of the town and its surrounding settlements. In 1832, the monastery was closed down and a military unit was relocated here instead. During the period from 1867 to 1868, the monastery was completely refitted to be used as barracks. Valkininkai were heavily damaged during the Second World War and the former Franciscan Monastery was bombed.

The market square is the center of public life and the venue for people to gather together in celebration of all types of occasions. Valkininkai is no different from other towns and also has its own market square. This square used to be rectangular with a small block of shops and traders in its northern part. In the 16 th century, the market square was cobbled. During this time, Valkininkai was one of the largest towns in the region and as it received Magdeburg rights in 1571, it was no surprise that various fairs and market days were held here. People would come to Valkininkai both from nearby villages and the furthest reaches of the land. Presently, the market square is surrounded with rows of wooden houses with St. Mary’s Visitation Church as its main feature.