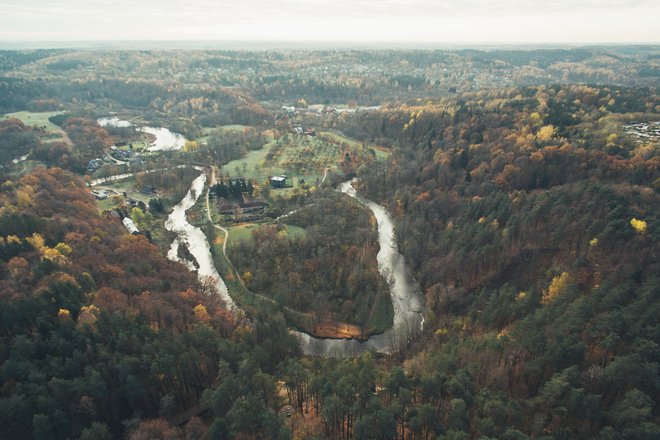 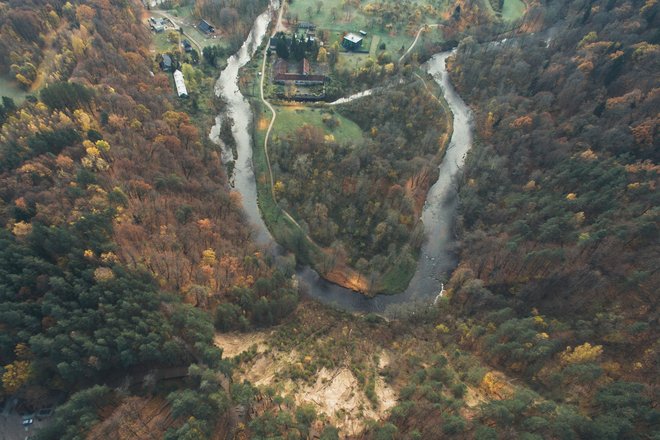 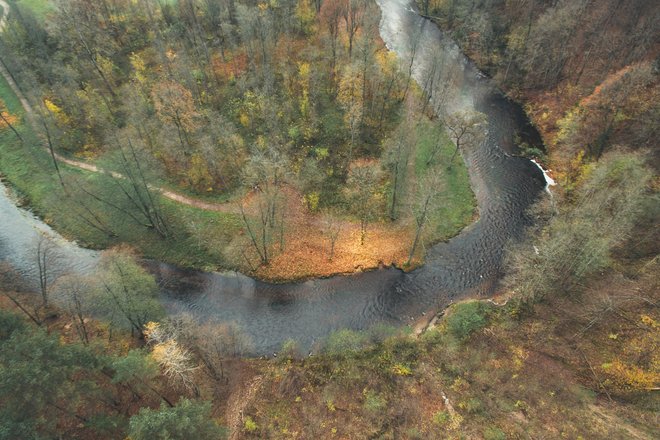 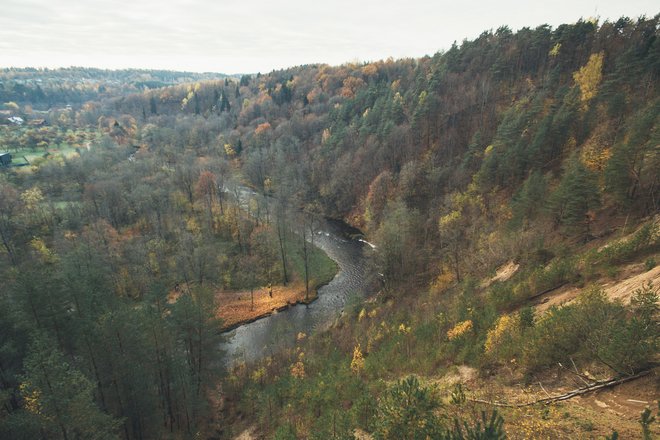 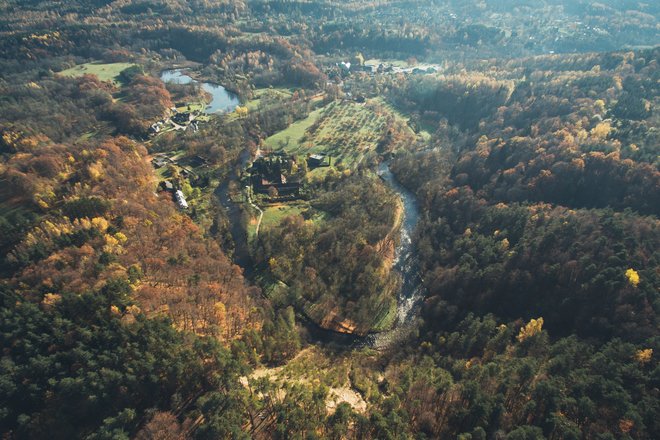 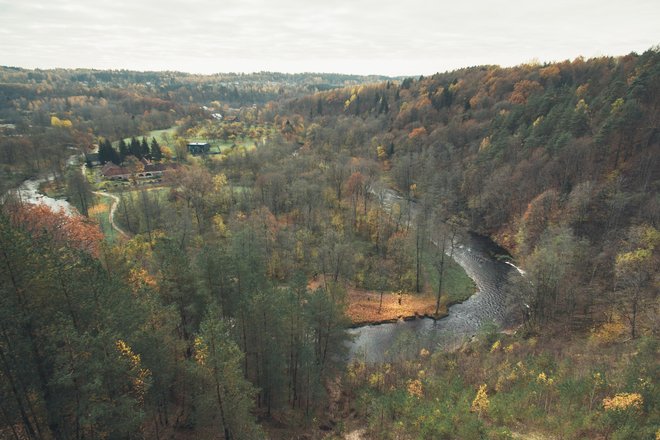 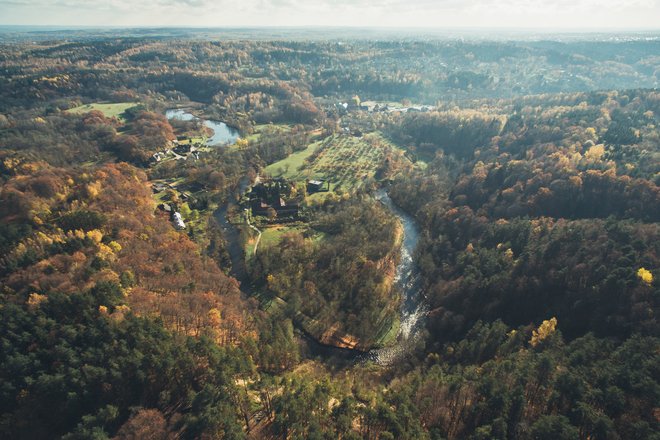 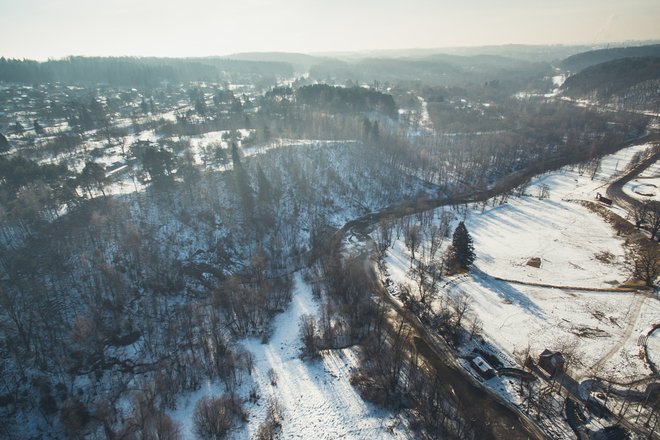 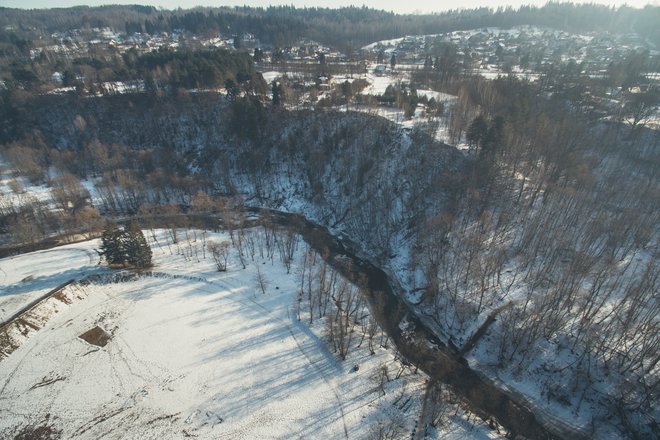 The Vilnia is the cornerstone of Pavilnys Regional Park and one of the most picturesque rivers in Lithuania. The length of the Vilnia is 82 km. It starts at the highest point of Medininkai Hills near the Castle of Medininkai. The upper reaches of the Vilnia have a rocky bottom and a strong current. Over time, the bed of the Vilnia running across the Pavilnys Regional Park got wider and wider. The Vilnia River Valley formed by glaciers is surrounded by singular eroded hills of Pavilnys. In the area of Rokantiškės, the slopes of the Vilnia are crisscrossed by very deep gullies concealed in umbrageous fir forests. At Markučiai, the Vilnia reminds of a mountain creek, going deeper up to 4 m in depth every kilometer. The bottom of the river has many stones, rifts and rapids. Throughout its entire length until reaching the Neris, the Vilnia descends by more than 125 m. The river slopes are varied, complex and picturesque within the entire territory of the park. Adorned in steep precipices and rocky outcrops, the slopes form a hilly and highly contrasting landscape. The right slope of the river has bright and sunny forests while the left one is overgrown with shadowy and gloomy fir forests, inherent to Pavilnys.

People have settled down in the Vilnia River Valley since long ago which influenced many changes to the bed of the river, such as artificial ponds. Rokantiškės Pond created in the old river bed of the Vilnia is the largest one and is situated near Kučkuriškės.

Since the times of Feudalism, the Vilnia River Valley has been the industrial epicenter and the main source of energy. The first plants, workshops, paper mills and other industrial companies were established here. The creeks running in the valley were the main source of drinking water of Vilnius City.

Presently, the Vilnia River and its strong currents are favored by kayaking lovers. The Vilnia River bed stretching across the Pavilnys Regional Park is protected and included in the Natura 2000 network of nature protection as an important spot of salmon run.