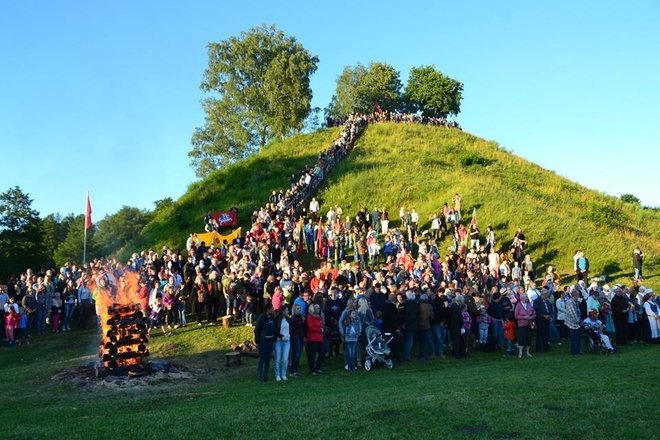 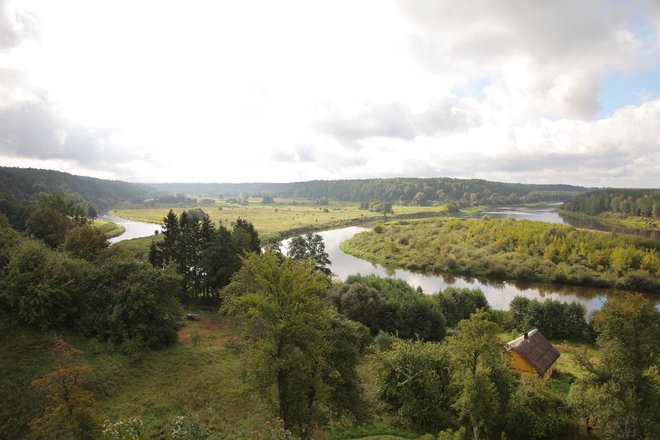 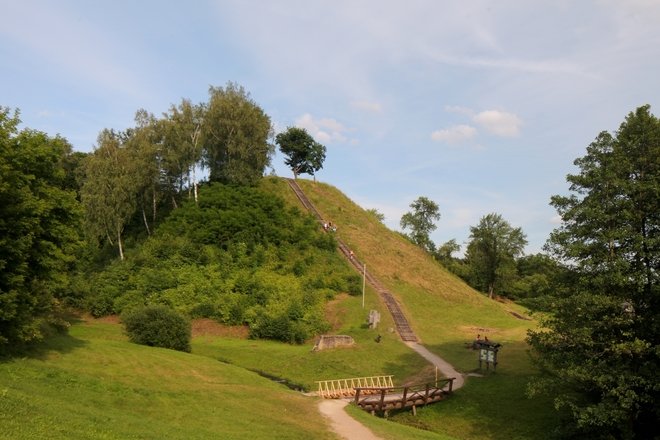 Merkinė Hillfort stands as a key witness to the historic past of this area and is situated on the right bank of the Neman River in between the Stangė and the Merkys Rivers. The steepness of the remaining portion of this mountain-like hill revealed that the castle was built on a high cape located at the confluence of the two rivers. Based on the ruins of the old settlement and the cultural layer, the outer bailey was presumably built on a high and large hill to the east from the Hillfort between the Stangė and the Merkys. Dig sites further away from the Hillfort revealed even older settlements. The present day Merkinė Hillfort is a lot different from the one that stood here several hundred years ago as most of the hill got washed away by the torrential Stangė Creek before the middle of the 20 th century.

Merkinė was first mentioned in historical documents back in 1359 as one of the best defended and most important fortresses in Lithuania and the entire Eastern Europe. The castle itself got burned down and rebuilt many times. Merkinė and the surrounding residents were attacked by the Teutonic Order in 1377, 1394 and 1403. The enemy killed many locals and robbed them of their belongings. On November 30, 1391, the castle was taken by the army of Vytautas the Great without a fight. In January 1394, the army burnt it down upon leaving. In addition to the many wars it had suffered, Merkinė Castle also bore witness to important political events. Rulers of Lithuania used to stay at the Castle, resolve internal disputes, discuss foreign strategy and hunt in the surrounding forests. At some point in time, Merkinė had become a city of high standing and was more important than Vilnius. After all, the Grand Duke Jogaila did not waste time to go all the way to Vilnius to grant the city the Magdeburg rights and instead did it here in Merkinė. Enemies had laid siege to Merkinė Castle many times after that right until the fortress lost its defensive importance following the decisive victory of the joint army of the Grand Duchy of Lithuania and the Kingdom of Poland against the Teutonic Order in the Battle of Grunwald in 1410.

The height of Merkinė Hillfort is 20 meters. Looking out from the top, beautiful landscapes of the
surrounding forests, the confluence of the Merkys and the Neman with its island and the bridge
across the Neman unravels.