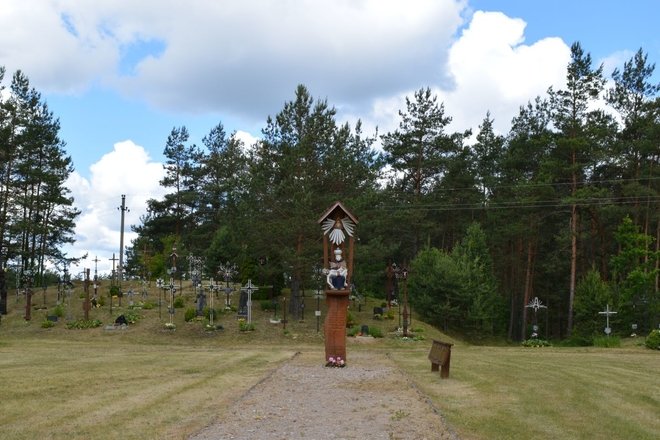 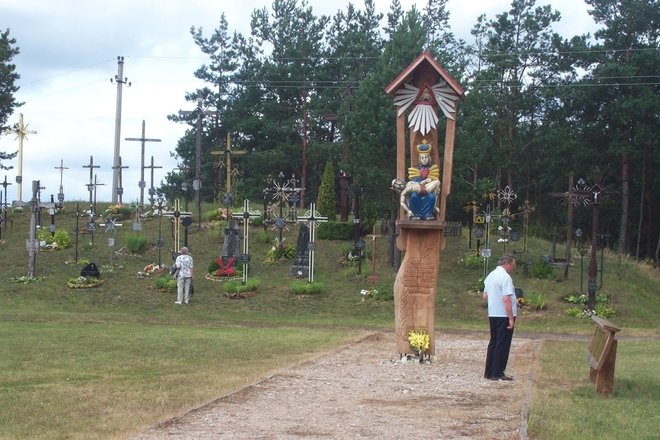 The first crosses were put on the Merkinė Hill of Crosses in 1989 in remembrance of those who had laid their lives for the freedom of Lithuania. The high point of the Merkinė Hill of Crosses is the chapel, the construction of which was started on August 26, 1993. Both the chapel and the first cross were constructed for one purpose only, i.e. in the memory of those for whom the bell did not toll. Over 200 crosses were placed during the times of restoration of Lithuania’s independence and the years of independent Lithuania. Most of the crosses were wooden. The plates on the crosses had around 400 names of fighters from the Dzūkija Region inscribed. It is believed that the hill is the resting place of as many as 600 fighters for freedom. However, the Merkinė Hill of Crosses is intended exceptionally for the Region of Dzūkija and only the warriors who died in this region may be immortalized here.

The Hill was used as a burial place for the guerilla warriors who fought for the freedom of Lithuania and were tortured to death in Stribynė, the headquarters of the former People’s Commissariat for Internal Affairs. Having suppressed the opposition, the occupants attempted to destroy any traces of the bloody terror they had left in their wake. The Merkinė Landfill and the bodies of the Lithuanian partisans were covered in a thick layer of gravel. The ground surface was leveled out and fenced in with a metal fence. It was given to the local high school as a sports stadium. Knowing nothing of its gruesome history, the school students would play football and do sports here.

In May 2002, six bodies of killed partisans were relocated to the Merkinė Hill of Crosses. These bodies were found near Stribynė in 2001 by the soldiers of I. Vitkus Engineering Battalion who were looking for the remains of the partisan leader J. Vitkus-Kazimieraitis. Presently, the Merkinė Hill of Crosses is the largest Lithuanian monument dedicated to the memory of the victims of the postwar period. The Hill is valuable as it is a living witness of the resistance fights in Lithuania and it embodies the atmosphere and relevant history of Lithuania in the eighties and nineties. It has already become a part of modern history and represents the past and the present of Merkinė Region to the future generations and the whole world.