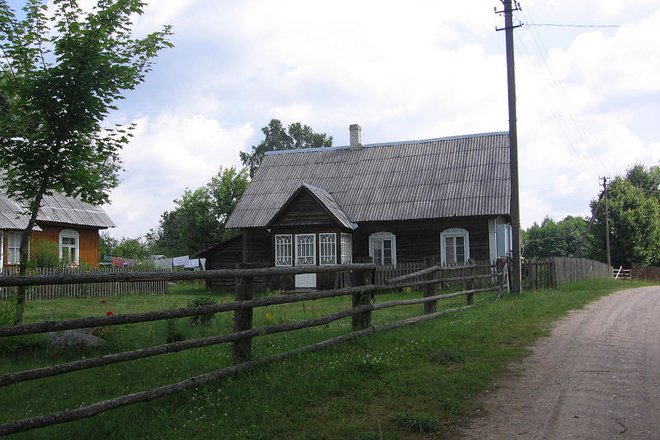 Lynežeris is a dispersed linear village in the Dzūkija National Park. Founded on the southeastern shore of Lynas Lake in the middle of a forest, the village has 33 homesteads and is considered an architectural heritage object. Nine of its homesteads with 37 monumental structures built at the end of the 19 th century to the beginning of the 20 th century also fall under the category of architectural heritage. The Beržupis River crosses the Village of Lynežeris and the Lynupis River which is the left affluent of the Ūla River twists and winds in the north east. Inland dunes are scattered in the surroundings of the village and the Čepkeliai Nature Reserve lies to the south.

Archeological findings in the Ūla River Valley confirm settlers dating back to the Neolithic Age (i.e., 4 th to 2 nd Century BC). When the people engaged in agriculture, the sandy Ūla River Valley was deserted in favor of more fertile lands. The valley was once again inhabited after the rich soil got used up.

The earliest written documents mentioning the Village of Lynežeris under the name of Naujasis Lynežeris (New Lynežeris) can be found in the Lyda Powiat inventory logs. Later entries confirmed that the village had many residents, among whom seven families were of noble lines and one family was Jewish. The village also had an inn.

The peasants received little income from agriculture and were forced to engage in other activities, such as forestry, as each resident had relatively large forested land plots. They would sell handmade logs, railroad ties and firewood. In winter, the men used to labor away in state-owned forests. The women would pick berries and mushrooms to sell in the market or to traders in summer and autumn. Beekeeping was also a main source of income and trade.