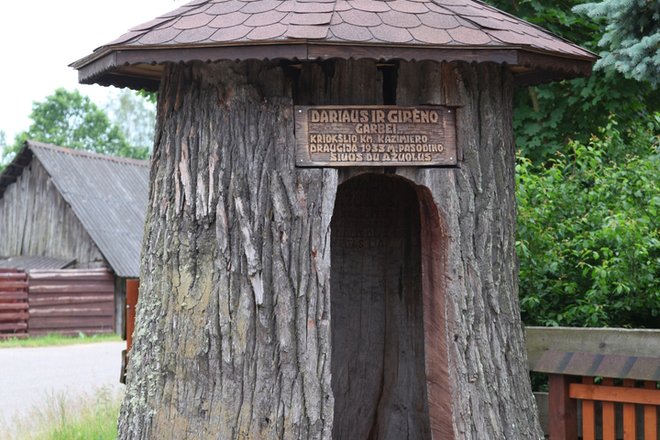 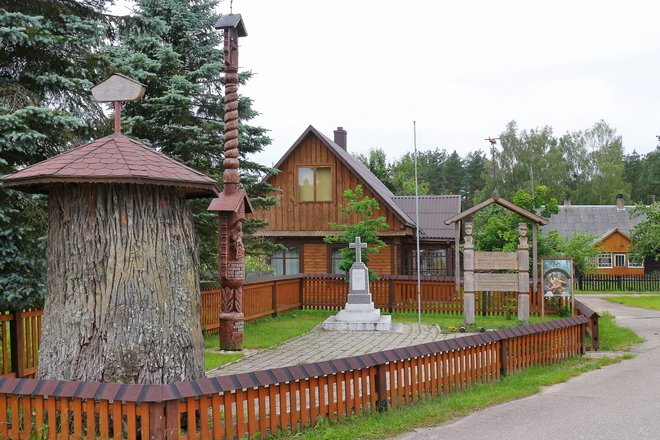 Krokšlys, also known as Šumas, is a village in Varėna District, Ūla Nature Reserve of the Dzūkija National Park. The Ūla River crosses the village dividing it into two parts called Krokšlys and Šumas. Back in the dayswhen the Ūla River coincided with the Belarusian border, the Belarusian side of the village was named Šumy while the Lithuanian side was called Krokšlys.

A dried out lake, where young villagers used to play football and pasture their horses, is situated near the village. At the moment, a monument made by Antanas Česnulis for a football player originating from
Krokšlys Village stands here.

Krokšlys Village is also famous for a Sculpture Park devoted to S. Darius and S. Girėnas. Dzūkija is not the only place, where the memory of the famous pilots to S. Darius and S. Girėnas still lives and is celebrated. Back in 1933, two oaks were planted in Krokšlys and later a wooden cross was built in between the trees. Even though a heavy storm broke the tall trees, the local folk artisan Antanas Česnulis brought them back to second life in the form of impressive wooden sculptures.