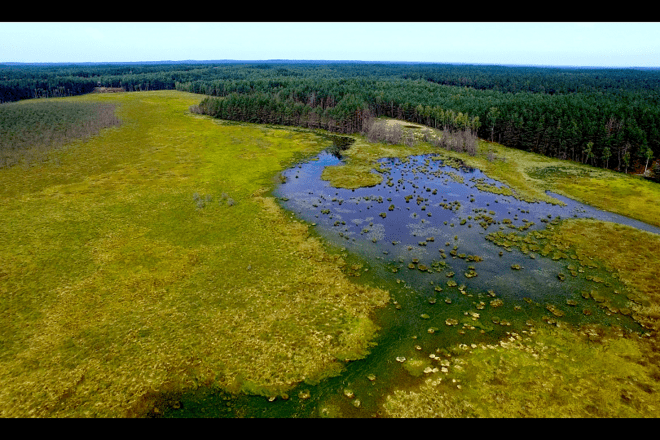 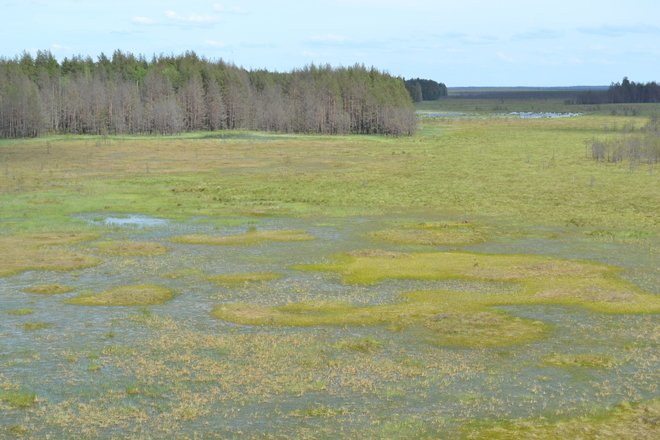 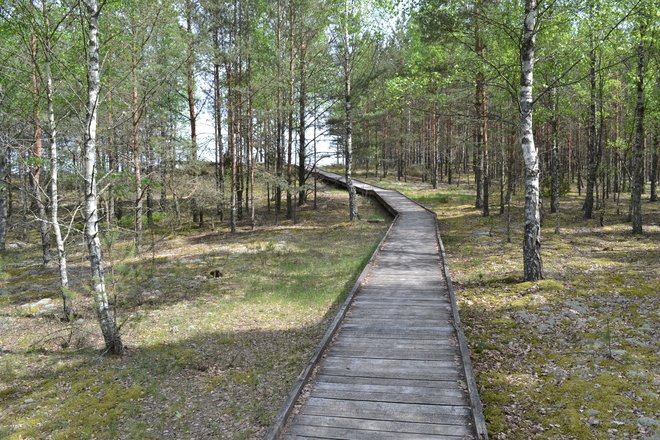 The Čepkeliai Nature Reserve was established in 1975 to protect one of the oldest and unique Lithuanian marshes, inland dunes and their forests, relict lakes, natural hydrological marsh system, and valuable and rare flora and fauna.

The Čepkeliai Marsh is singular and almost untouched by the human hand. The majority of the marsh is a raised bog with sparse creeping pines. Over 20 primary and secondary succession ponds are situated at the eastern part of the bog. In the south, the raised bog slowly turns into a fen with its inherent sedge plants, reeds and osiers. The Musteika Creek starts in the wetland overgrown with black alders at the western border of the nature reserve. Most of the nature reserve forests are comprised of dry lichen forests and pinetum vacciniosum forests growing on the dunes surrounding the bog. The nature reserve has an exceptionally large variety of habitats and species, including a number of protected plants and animals. The wood grouses hatching and rearing their chicks in the nature reserve has already become its symbol. Čepkeliai is also known as the largest breeding ground of cranes in Lithuania.

The Čepkeliai Nature Reserve is the largest natural park in Lithuania and a distinct mosaic of flora and fauna. The habitats of such rare species as the wood grouses, cranes, black grouses, other animals, plants and mushrooms remain undisturbed by human activities. The nature predominant in Čepkeliai Nature Reserve is extraordinary. The raised bog territory which is the largest in Lithuania is the perfect dwelling for species inherent to the northern lands. Animals and plants typical to the south have made their homes in the sand dunes surrounding the bog as the sand tends to accumulate heat during the summer days. Cohabitating one with each other, both the plants and the animals of the northern and southern origins comprise the singular biological variety of the Čepkeliai Nature Reserve. The whole of these natural conditions is also an important factor for the wellbeing of several species.