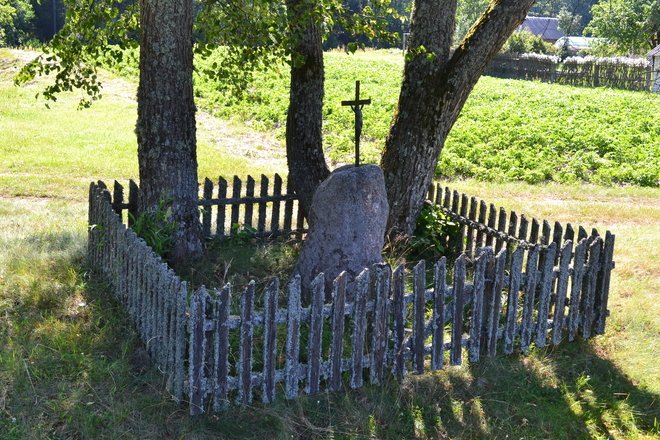 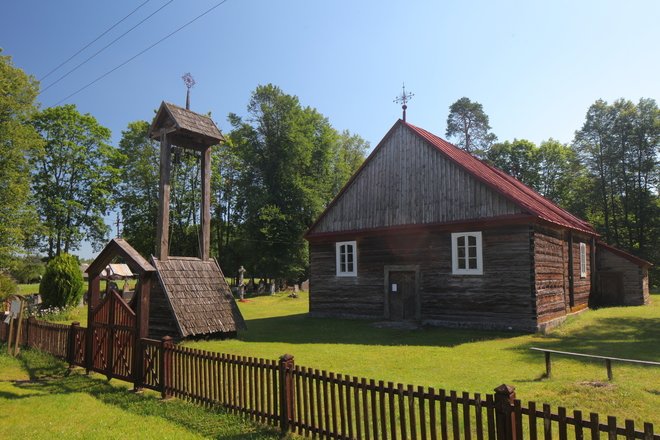 Akmuo (Stone) Village and the Church of Crucified Christ

At a first glance, the church may look to be shaped like a large residential house. However, its true purpose is given away by the wooden bell tower in front of the building. The style of both the church and the bell tower is so extraordinary that the entire complex has become of great value and interest. People believe that the ancient masters who constructed this sacral building were capable of doing so without using a single nail.

The churchyard is known to contain a number of stone and metal monuments. These markers are so old that only separate words or numbers inscribed on them can be made out. One of the metal monuments has a skull cast atop of it and the date 1889 etched in Polish. The year marks the date of death of the local resident Juzefas Didyka.

The General Adomas Bžostovskis constructed this chapel in 1759. When the church of Varėna
burnt down during the First World War, the Parish Priest Juozapas Stasys moved to Akmuo Village,
built a presbytery and expanded the chapel. The Village of Akmuo was famous for its indulgence
feast of the Sacred Heart of Jesus.

A small cemetery is located near the church. It might be interesting to know that this is the very same cemetery, where the tradition of lighting candles and placing them on the graves on the night of All Souls’ Day was born. The first candles in all the history of Lithuania were lighted here. It was in 1880 that the local parish priest got the idea to light up candles in commemoration of all the faithful departed in the church cemetery. The locals who had gathered that night also lit up their candles and placed them on the graves of their loved ones after the parish priest consecrated them.

The Village of Akmuo (Stone) is also known far and wide for a boulder that gave the village its name. The stone is often referred to as the stone of Cursed Girl and stands twenty or so meters away from the churchyard. A metal cross has been affixed and a small hole for holy water has been carved on the top of the boulder. Legends tell that once a family had wished for their young daughter to marry a rich old man. The girl did not love her betrothed but she obeyed her parents and went to the church to get married. However, as she was nearing the church, the young girl fell into tears and said the fateful words, “I’d rather be a luckless stone than marry an old man.” As soon as she said so, the girl turned to stone.